After the recognition of Hoi An ancient town, Hanoi old quarter, Duong Lam village in Son Tay Town (some 60km to the west of Hanoi Capital) is the first ancient village recognised as a national relic by the Ministry of Culture and Information.

Two of Vietnam’s kings, Phung Hung (761-802) and Ngo Quyen (896-944) were born in Duong Lam, giving the village its prestige. Both men led resistance wars against northern invasion and after winning national independence, were crowned kings. After their deaths, the local people built temples in their honour.

The ancient village has a history of about 1,200 years with many houses dating back up to 400 years. One special thing about the village is that most of the buildings here are made of laterite and mud, two materials that are abundant in the area. Laterite is used on house walls, gates, wells, temple walls, and so forth. The mud is taken from ponds. Apart from its historical and tourism values, Duong Lam ancient village is an important place for scientists to study resident communities in ancient agriculture. The village gate, banyan, well, communal house are important factors in classifying Duong Lam ancient village.

Below are some highlights of Duong Lam ancient village:

The common well was built in every hamlet in Duong Lam village. The well brings the name of the hamlet it is located. At present, each family possesses its own well but the common well has been protected because it maintains many imprints of the villagers.

II. Architecture of the House

The wooden house mainly has 5 or 7 spans with 2 wings. It has 5 rows of columns, sometime 1 row disappears. The house has specialized by sophisticatedly carved details in the form of flowers, leaves, clouds.

A system of wooden doors is very firm. Each span has 4 leaves of the door with upper and lower joints. Thresholds were made of firm wood above 40-50cm from the ground and 10cm from the floor. This distance helps to ventilate well, avoid humidity for the thresholds. The whole system of the thresholds is the tie system linking all spans together.

For tangible culture relic, Duong Lam has 21 relic sites, consisting of temples, pagodas and tombs and ten of which have been classified as national and provincial relics. For intangible cultural relic, Duong Lam has preserved various festivals, customs and literature on the people and land of Duong Lam through different period of time. For ecological environment, Duong Lam has many beautiful scenes linked with legendary stories such as Guom Hill, Ho Gam Hill and tales on the two kings Phuong Hung and Ngo Quyen.

In recent years, many relics in the villages such as Mia Pagoda, Phung Hung Temple, Ngo Quyen Temple and Mong Phu communal house have been restored. However, it is important to preserve not only the tangible cultural relics, but also intangible cultural relics and ecological environment and they should be carried out synchronously.

The construction of new cultural buildings which aims to honour the history, national heroes and boost tourism activity should be ensured the harmony between traditional and modern cultural values and the relations between preservation and development. Nowadays, preserving, restoring and developing the value of Duong Lam ancient village are very important, since it contributes to preservation of the national cultural heritage. 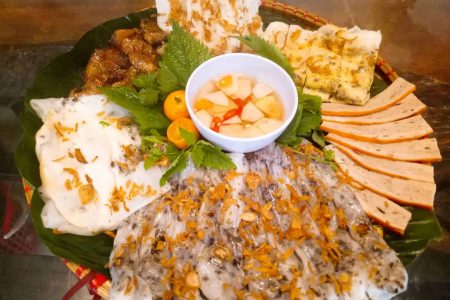 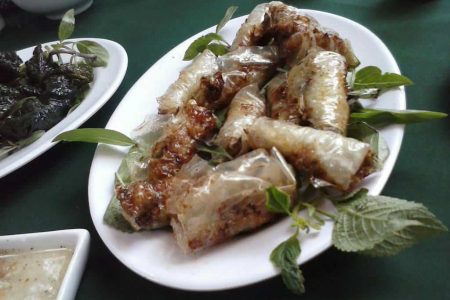