The First Capital Hoa Lu of The Feudal States of Vietnam

Located near the town of Ninh Binh, 90 km south of Hanoi, Hoa Lu Ancient Capital is the capital of an ancient Vietnamese Kingdom called Dai Co Viet in the 10th century. This small Kingdom covered an area of only 300 hectares, and reigned from the 10th century, during the Dinh and Le dynasties, to the 11th century, during the Ly Dynasty. The Kingdom was enclosed by a citadel. The citadel and the Yen Ngua limestone hills provided a good defence for this kingdom against the Chinese.

Hoa Lu is an ancient city surrounded by the Trang An limestone mountains. Its northwest is bordered by the Hoang Long River, the tributaries of which run through the capital, cooling the weather within the city and serving as convenient waterways.

Hoa Lu is known as the first capital of Vietnam with a wide range of historical landmarks. In 968, King Dinh Bo Linh of Dai Co Viet (an old name of Vietnam) constructed his capital in Hoa Lu and ruled until the year 980.

Afterwards, Hoa Lu also existed for almost 30 years of Early Le dynasty (980-1009) and 1 year of the Ly dynasty (1009-1010). In 1010, King Ly Thai To moved it to Thang Long (Ha Noi now) and since then, Hoa Lu became an ancient capital which maintained lots of ancient temples and relic sites of Vietnam.

The Royal Court was built in an area of 150 hectares in the eastern part of the capital while the western part served as a site to educate and protect children. The surroundings are quite picturesque, with ponds and limestone range forming a jagged horizon.

Nowadays, Hoa Lu ancient capital plays an important role in architectural and historical complex of Viet Nam. It was also recognized as one of the 4 cores forming of the UNESCO World Heritage Site Trang An Complex.

What to Do in Hoa Lu Ancient Capital?

1. Taking part in the annual festivals

Coming to Hoa Lu, visitors can attend so many traditional cultural festivals.

The most important and largest one is the Truong Yen Festival, which is held on the 10th day of the third lunar month. This festival is in memory of the Kings of the Dinh and Le dynasties whose names are Dinh Tien Hoang and Le Dai Hanh. It includes two parts: Worshiping at Truong Yen water station located on Hoang Long river and worshiping at the two temples of the Kings.

There are two 17th century temples, modeled after their 11th-century originals that are on most itineraries to Hoa Lu. They are Dinh Tien Hoang Temple and Le Hoan Temple, dedicated to the founder of the Dinh Dynasty and its successor, reachable after a climb of more than 200 steps.

As the capital of the country for 41 years, Hoa Lu has many palaces, pagodas, tombs and pavilions that were built by different dynasties. One of the most popular pieces of architecture is the Bao Thien Tue Palace, which was plated with gold and silver. However many vestiges have been destroyed due to time and weather.

Nhat Tru (also known as One Pillar Pagoda) is an ancient pagoda built in the 10th century, in the Hoa Lu Complex. The pagoda’s construction was ordered by Emperor Le Dai Hanh and Ly Thai Tong.

Until now, it still preserves many antiquities attached with the history of the ancient capital from the 10th to 11th centuries. The most prominent original features of the architecture is the stone scripture pillar in front of the pagoda.

The pillar was made of stone in an area of over 3,000 m2. The octagonal body functioned as a prayer book with a stone lotus on the top. The gate is associated with a 2-story roof on the right side of the pagoda.

Regarding the exteriors, it was carved 3 Chinese words containing the meaning of the pagoda. The five-chambered main lobby was also carved with lots of different images of clouds and leaves.

Once coming here, people may not skip the three-chamber Buddha worship house. It is the place holding many statues of Buddha like Guan Yin on Mountain, Tam Ton, Tam The and so on. The structure is not so different from that of the main lobby and people can burn license before praying for themselves.

Today, Nhat Tru Pagoda is still a spiritual place of the locals and tourists. On January 15 annually, a worship ceremony is taken place to pray for the peace of the nation.

From Hoa Lu, a trip to Tam Coc – Bich Dong , a harmonious architectural ensemble is also very attractive to tourists from all over the world. Here, there are many stretching mountain views, spectacular caves, and charming waterways of the rice paddies along with the stunning Ngo Dong River.

Tam Coc Bich Dong has 4 distinct seasons, each season has its own unique beauty. The most beautiful season is summer when clouds and the green rice fields beginning to turn into a sparkling yellow. Nowadays, people call Tam Coc – Bich Dong as “a terrestrial Halong Bay” due to its fascinating and attractive destination.

Ma Yen Mountain is considered as the legend of a king in Hoa Lu, Ninh Binh. The height of it is around 200m. People called it Ma Yen as it looks like a saddle, with the low shape in the middle and high shape in other two heads.

This mountain is related to the legend of Dinh Bo Linh who decided to build the capital of Vietnam in this mountainous region in 968.

When the king passed away after 12 years ruling the country, the local people here buried his body on top of Ma Yen. Also, on this mountain, at the foot to the south, there is the tomb of King Le Dai Hanh where you can light some incense to pray for him.

If you want to see the panorama of the ancient Hoa Lu capital, go up to the top of Ma Yen mountain. And if you want to enjoy the whole beautiful atmosphere, come to Hoang Giang river near the Kiem Mount.

How to Get to Hoa Lu Ancient Capital?

You can easily get a day tour from Hanoi to visit Hoa Lu. About 110km from Hanoi, it takes 2 hours to get to Hoa Lu. There are 3 main ways you can use, namely:

2. By car or motorbike

Depart at Giai Phong Street, turn to Phap Van Cau Gie Highway and go straight. Follow the signposts until you reach Ninh Binh Province. From here, you can easily get to Hoa Lu ancient capital.

The train will stop at Ninh Binh Railway Station and you will have to jump onto a taxi to get to Hoa Lu after that.

What to Eat in Hoa Lu Ancient Capital?

Once visiting Hoa Lu, Ninh Binh, there is some must-try food that you should not skip. Rice crust is crispy with yellow color dipped into a special sauce, Mountain Snail is sweet, crispy and is processed into numerous ways and Mountain Meats are cooked like a steamed goat, goat pudding, goat spring rolls and goat with lemon juice.

Visiting Hoa Lu doesn’t force you to have to determine the right time. Nevertheless, in a recommendation of Vietnamese people, spring is usually considered as the most beautiful time of the year to drop by Hoa Lu, Ninh Binh as there will be a number of great festivals after Lunar Tet holiday.

During this time, people can take part in and experience the bustling atmosphere as well as crowds in these festivals. On the contrary, if you like the peace of Hoa Lu, you should visit it on the remaining days.

Where to Stay in Hoa Lu?

The need for visiting Hoa Lu as well as Ninh Binh province is increasing fast. This leads to the development of so many hotels, resorts, homestays and hostels that offer great services to customers. Some of the most comfortable places to relax around Hoa Lu include Tam Coc Rice Fields Resort, Trang An River View Homestay and Trang An Mountain House.

It can be said that Hoa Lu Ancient Capital is really an important cultural and historical site of great value in Vietnam. 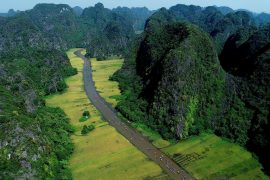 11 Awesome Things to Do in Ninh Binh, Vietnam for First-time Travelers 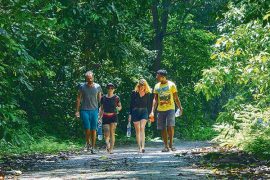 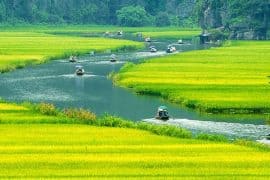 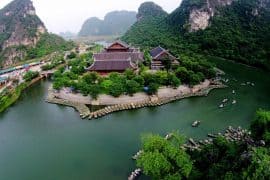 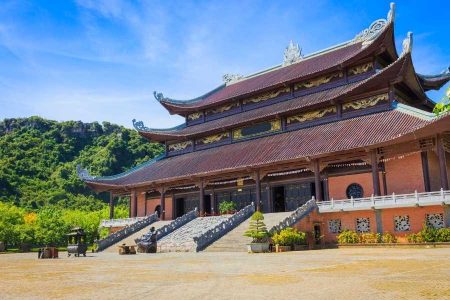 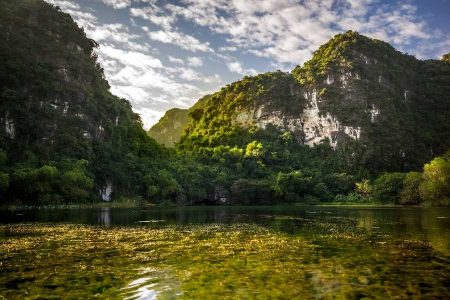 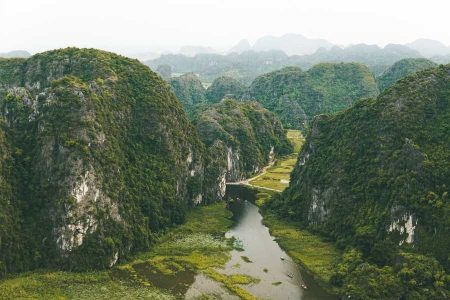 Halong Bay-on-land and the Citadel 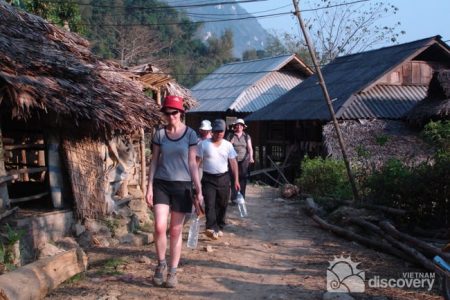 One Day Cycling and Rowing Tour at Star Eco-resort…