What to See & Do in Cu Lao Cau island

Located in Binh Thuan province a southeast province being prosperous with a variety of natural resources and stunning sceneries, Cu Lao Cau Island, 7 sea miles counting from the wharf, 1,500m in its length, has respectively small area yet still preserves its primeval beauty since it roots.

Cu Lao Cau Island or “Hon Ran” (Snake Islet) as people commonly call it for its literal meaning as a full-of-snake island, forming like a huge battleship anchoring alongside the coast with its prow heading to the South. Pilgrims who come near to Cu Lao Cau Island will immediately be impressed by its charmingly peaceful appearance.

Feel like finding out the reasons why Cu Lao Cau Island attracts myriad travel lovers annually? Let the following article tell you all the details.

Residents here said that this island is filled with fierce sea-breeze and scorching sun at all times due to its geographical position. Thus, there were not many visitors and inhabitants but the military force in the past though this helped the island remain intact and preserve its original form since then.

Naturally, under the influence of two wind trends, the weather on Cu Lao Cau Island is distinguished by two distinct seasons which are the south and the north wind season. Comparing between the two seasons, we recommend you to come to Cu Lao Cau in the south wind season from January to June of the calendar month since it’s the calmest time of the island in the year.

The other season is dry, tropical storms befall once in a while so it’s not safe to sail the sea to the island in this weather.

However, if you can spare time going to Cu Lao Cau Island in the middle of spring when the sky turns serene blue and the ocean exceptionally reveals its tranquil form, travelers can see endless coral lines as well as colorful shells while slowly inhaling beautiful scents of white sand. It’s such an ideal time for a sightseeing trip for tourists.

What is more, on the 15th-16th of Lunar April month in Nam Hai Temple (a shrine worship Nam Hai the sea deity), a festival is celebrated. It is traditionally believed that this deity saved many lives of drowning fishermen, blessing them with abundant sea creatures every time they set sail. Therefore, this is a favorable time for those who have religious beliefs and value spiritual rites to enjoy the festival.

What to Do and See in Cu Lao Cau Island

If you have had such hectic time and want to escape from a bunch of tasks, deadlines, and crowded cities, let the nice weather and opulent vegetation on Cu Lao Cau Island take away all your strains and anxieties. This destination welcome all kind of visitors at every level of ages, provide them with plenty of wonders given by Mother Nature.

Not only does Cu Lao Cau possess the beauty from the synchronization in the color of white sand and sparkling blue seawater on beaches but it is also the rocky outcrops and cliff blocks in different shapes and sizes that feature its undeniable attraction. Due to the weathering and decay caused by harsh weather conditions and time, these rocks seem to be naturally carved into peculiar contours that would definitely render someone speechless the first time they see them.

Cu Lao Cau Island is a small island so it’d be more exciting to have a stroll along the coast. The color of seawater shifts continuously depending on the sun. In the afternoon when the tides go down, sightseers will get to contemplate fringing coral reefs and various kinds of sea creatures emerge from lower banks of the beach.

Spending a night on the beach will be an unforgettable memory for those who love completely dwelling themselves into nature. Since this place is even more unobtrusive at night, under the starry sky, you can hear nothing but the sound of the harmony between wind and waves. There is also platoon patrolling at night so the safety of visitors is absolutely secured.

Having a diversified ecosystem, Cu Lao Cau Island is an ideal habitat for many sea creatures such as sea snail. Catching sea snails is an interesting experience that any tourist should try.

It’d be wise to bring along a fishing rod, some preys, and picnic facilities when you stop at the island’s wharf, fishing and cooking fresh seafood while having a good time enjoying the meal with your partners under nature’s cover.

Other than that, instead of catching fishes, you may try to dive into the clear water and witness the life of coral reefs and other aquatic species from a safe distance. In case you do not own any specific equipment for diving, before getting to the island, pause in Vinh Tan Commune and ask for a tourist company that have the hire of a diving-tour for 200$ per trip. The trip includes both necessary garments for diving and a cruise trip for sightseeing.

What else to see when there’s barely anything but nature on Cu Lao Cau Island? Check out the list below with famous place-names if you are still wondering what to do next after checking in with endless seashore, hills, and countless rocks around the island.

How to Get to Cu Lao Cau Island

After getting to Tuy Phong District, Phan Thiet City, in order to sail to Cu Lao Cau, you have to set sail from specific sites. There are some possible options for travelers to choose from:

Cu Lao Cau is indeed not big but this destination is suitable for adventurers who love exploring new lands as well as wallowing in nature. Make sure to add this fascinating location to your itinerary and share with us your comments and experiences. 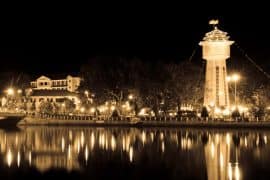 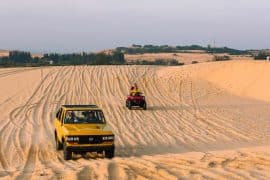 Top 8 Amazing Things To Do In Mui Ne, Phan Thiet 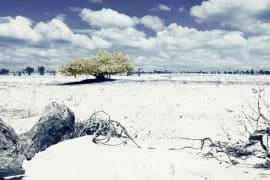 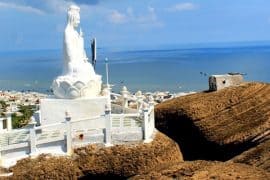 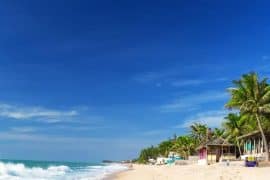 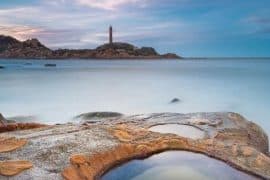