Vung Tau beach belongs to Southern Vietnam and is most loved by Vietnamese southern people thanks to its marvelous length as well as magnificent sea-view.

Why is Vung Tau Beach Special?

About 125km Southeast of Ho Chi Minh City, there appears Vung Tau City, which is located in Vung Tau peninsula, the curved point of ‘S’ letter (map of Vietnam). This is the border of  the South and the West of Vietland, where we can see the sun on the East Sea, both rising and setting.

To most tourists, Vung Tau is most interesting and loved for its extensive beaches. Tourists always prefer sightseeing at Front Beach (Bai Truoc) to go swimming in Back Beach (Bai Sau).

As not so far from Ho Chi Minh City, it is a favorite resort & entertainment destination for those who wish to hide away from the busy city and entertain themselves in a real way. 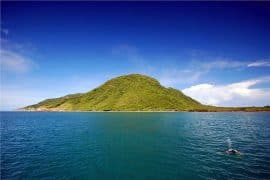 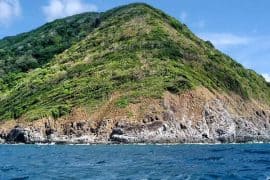