Historical Attraction in Hoi An

Assembly Hall of the Fujian Chinese Congregation (Hội Quán Phúc Kiến in Vietnamese) in Hoi An Town, Quang Nam is one of the most beautiful assembly halls here. The assembly hall created by the contribution of Chinese people of Hoi An is a magnificent, majestic architecture, decorated with sophisticated patterns and this contributes to enrich the architecture of the Old town.

According to Chinese history, in 1649, the Qing Dynasty destroyed the Ming Dynasty. The generals of the Ming did not tame the new dynasty. They wanted to restore the Ming and failed. Therefore, many of them brought their families down to Southeast Asia, including Hoi An Town. They have asked King Nguyen at that time to allow them to have the settlements in Hoi An and they established Minh Huong Village. The immigrants were from 5 states: Chaozhou, Guangdong, Fujian, Hainan, Haka. Because Chinese and Vietnamese communities wanted to unite together to trade, they established an Assembly Hall in 1697 to help the Chinese here to trade the goods easily.

Built in 1697, this Assembly Hall was constructed by the original Chinese community from Fujian Province from 1697 and was built entirely with wooden structures. From 1757, this place was rebuilt with brick and tile roof until today.

The main gate was restored in 1975, the entire work is carved with porcelain, the above tiles are yin-yang ones.

The Assembly Hall possesses the Chinese architectural letter “Three” which extends from Tran Phu to Phan Chu Trinh Street and follows the order: gate yard lake tree- east and west blocks sanctuary the backyard and the back area.

The gate is decorated with porcelain tiles, the upper is curved with Yin yang curved roof.

Looking up in the middle of the gate, you can see 4 Red Chinese Letters “Phuc Kien Assembly Hall”. The two circles beside are Sun and Moon symbols, which symbolize the heavens and the earth, the harmony of Yin and Yang in the universe.

There are 3 walkways of “male son the left, female on the right” style, 3 walkways mean “heaven, terrain, human”. The door in the middle is very rarely opened, it only opens on big holidays because if the middle gate opens, the bad atmosphere will go inside.

In front of the Tam Quan Gate, you can see a penjing with the statue of Dragon Carp, also known as Carp cross the goalkeeper. In the middle, you can see a small version of the Great Wall. And the other side is the image of the four sacred animals of Dragon, Unicorn, Turtle, Phoenix. There are two stone statues that hold the hall.

Stepping through the gate, you will walk to the front yard. There is a set of stone tables. It was used as a meeting for the business of the former Fujian merchants. The incense rings that are being hung are a special item of Fujian Society. They are so sacred that pilgrims often come here and light these great incense to pray for health, fortune, family, friends. The incense rings are sold at the assembly but are not allowed to be lit up right here. Each such incense ring burns for about 30 days. On the circle of incense people usually write a sheet of paper with the full name of the family, address… And when the incense is burned out, the people in the Assembly will burn these pieces of paper to ashes, so the wish will come true.

In the main hall, there are the altars of Avalokitesvara Bodhisattva and Heaven Mother. She is the person who helped merchants avoid troubles, thunderstorms on the oceans. She is a special god who is respected not only in this place but at all of the Chinese Temple in Hoi An and the places where Chinese people live. The ancient Chinese often go by boat, and Heaven Mother, she can call the rain and wind on the seas. She is called the goddess of the sea, or the goddess of the Guardian to help the sailors. The Chinese always ask her to maintain the maintenance for the work and their business.

On the left of the main hall, they exhibit a model of a trader boat in distress at sea from 1875 with so much specific information. The most notable thing is the eyes on the boat. Hoi an people believe that everything has their own soul and their eyes to see life, so the objects associated with the destiny of man must also have the eyes. Therefore, the boat was painted with two eyes on two sides to see the disasters on the seas.

The back of the main hall is the place where the 6 Fujian generals who lead the protest movement to restore the Ming Dynasty, but failed and brought their children on the sea to Hoi An. Annually, this place organizes an anniversary for these generals on February 6 in the lunar calendar, but before that day, many people came here and offered incense to pray for good weather and good health.

Also, you can see a big statue of Ba Chua Sinh Thai on on the right of the altar as well. She is a person who creates the shape of a newly-born child. She goes with two under others: one manages death and one manages life.

And the altar on the left is a place of worshiping the god of fortune. The God on the left is the god of Wealth while the one on the right is the God who punishes the people who use money that is inconsistent with morality.

Following the hip of east-west blocks, you can see the place where the people worship the people who founded this Assembly Hall and who donated money to build and restore the Hall.

What to See and Do?

Assembly Hall of the Fujian Chinese Congregation in Hoi An is the most beautiful and the largest one in the area, so visitors often come here to take pictures, and go sightseeing. It is one of worth-visiting attractions in Hoi An ancient town.

Also, according to local belief, this is a sacred place, therefore, people who come here often bring incense offerings to pray for good things. This is also the place where the young couple has troubles in frequent infertility to come here and pray to have better things.

The main shrine is Thien Hau Thanh Mau altar (goddess blesses for the traders on the oceans), so traders often come here to bless her on their business.

There is also God of Fortune altar, so a lot of people come here to burn incense to pray for fortune in a new year.

Do not wear short skirts, cut-out dresses while visiting this sacred place.

Assembly Hall of the Fujian Chinese Congregation was listed as national historical and cultural relics on February 17 1990. When visiting this place, tourists will be surprised by the skillful hands of the elders who make unique works. With the support of the Chinese overseas people in Hoi An, this has become a cultural tourist attraction in Hoi An. When you come here, do not forget to visit this place because there are so many interesting things awaiting ahead. 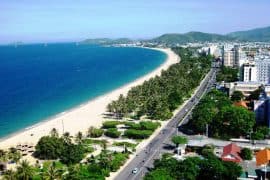 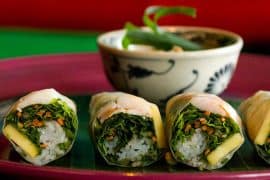 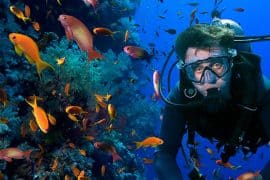 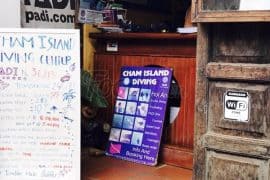 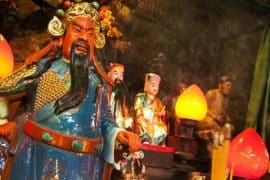 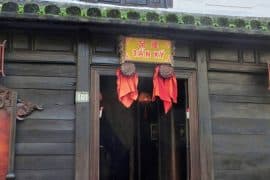 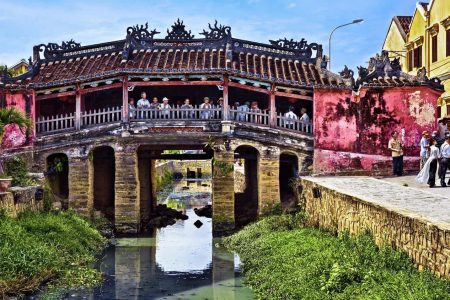 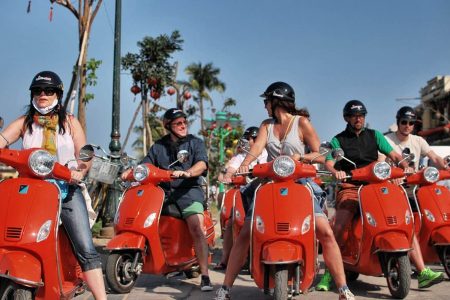 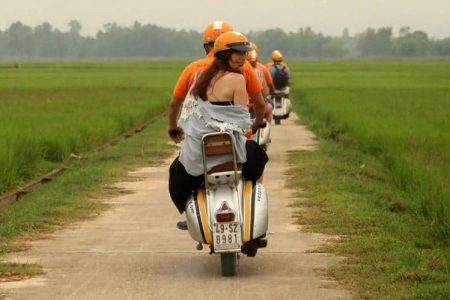 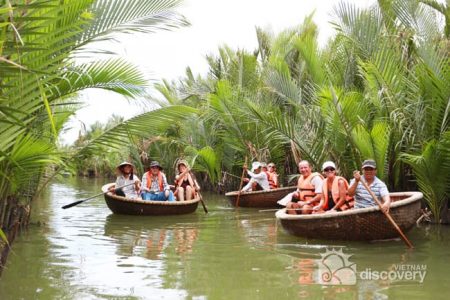 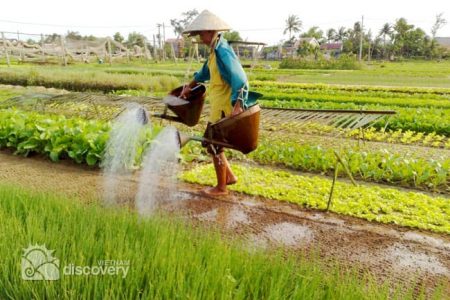