Walk through Muong Hoa valley of Sapa district, Lao Cai province, and you will stumble upon a scattering of large stones engraved with decorative patterns. The stones are made of quartz, sometimes over ten meters long, and are strewn about the sloping mountainsides, fields and streams. To this day, the creators of these mysterious engravings remain unknown.

Sapa Ancient Rock Field, situated in Muong Hoa Valley in the vicinity of respective communes Ta Van, Su Pan, and Hau Thao of Sapa District, is one of the valuable natural heritages.

This destination is about 8 square kilometers in area and was recognized a national historical relic in 1994.

In October of 2005, the Lao Cai Service of Culture and Information cooperated with EFEO for a long-term study of decoding the stone carvings. The research team took photographs of all the carved stones, using GPS to locate them and map their location on nepal papers. The arduous work of scaling mountainsides snf removing debris from stones could only be done during the dry season, from November to April.
Doctor Philippe Le Failler, who directed EFEO, said that after three periods in the countryside the research team has stored 1,900 photographs and mapped about 100 carved stones in Hau Thao Commune to 1,321 sheets of paper. About one fourth of the document­ed stones were found recently. When analyzing these newly discovered stones, researchers must distinguish between original stones and recent creations. It is still too early to draw conclusions from EFEO’s research. It is obvious, however, that the handwriting and carved designs are rare.

On these rock slabs, there are decorations such as houses of stilt, terraced fields, humanoid, and even the vestige of writings. However, it also has a wide range of vague decorations that countless researchers and visitors yearn to decipher.

Stones and rocks in common are obviously senseless and inanimate things in nature. Nevertheless, the rock in Sapa Ancient Rock Field always brings a warm and cozy feeling. People here have venerated it as a saint with the ability to bless them with health, happiness, prosperity, and lush crops.

Ancient rock fields have a full range of nuances all year round. In spring, rock fields wallow in immense green rice fields, which reflects many tourists of rustic life. It turns to summer in which people harvest, so visitors easily take a panoramic view of yellow rice fields. Countless avid travelers are blown away when they see it. Needless to say, they quickly take out a camera and snap some memory photos. Even many adolescents post these photos on Facebook to share a sense of triumph.

In winter, Sapa Ancient Rock Field is full of snow. There is nothing more romantic than going around snow-capped rice fields with your beloved person, hand by hand, shoulder by shoulder and enjoying the time together.

Ethnic people do transplanting from March to May, so it is a good time for you to see the tableau in the rice paddy. The sound of adults talking and chatting, children giggling, birds singing in the trees makes the cheerful ambiance and diffuse a large space.

The best time to visit Sapa Ancient Rock Field is between September and November when Muong Hoa Valley is suffused with the yellow color of ripe paddies. Viewed from above, the panorama of Muong Hoa Valley resembles an imposing and mysterious picture in the fairy tale. If Dalat is named a never land, then Muong Hoa Valley will be a fairy land.

If you desire to see snow falling down from the sky, the great time to come is from December to February in the next year. A pile of branches of trees stripped of their leaves. Instead, white snowflakes cover the trunks and the ground as well. There is nothing more wonderful than eating baked sweet potatoes and walking on the snow.

Although rock slabs are scattered at random, it seems that the arrangement was made by someone.

The large stones are deeply carved with strange patterns: about 90 percent of the carvings are par­allel lines, but there are also curves, human-like shapes, and what appears to be handwriting. In recent years, these stones have increasingly attracted tourists, as Muong Hoa is easily reached from the town of Sapa.

These patterns, more than eighty years ago, were researched by Western scientists. In August of 1925, Professor Victor Goloubew at EFEO was the first to study the Muong Hoa stones. Most of Goloubew’s findings were inconclusive. Based on Goloubew’s documents, in 1938, anthropologist Paul Levy compared the carved patterns with ethnographic studies of carvings from other parts of the world. Levy found similarities with the artwork of natives from New Guinea, Australia and Taiwan.

At that time, only thirty large blocks of stones were studied. But since then, more and more carved stones have been discovered. In 1992, another carved stone field was found in Ma Tra Village, about eight kilometers from Muong Hoa. According to statistics by the Lao Cai Service of Culture and Information, the number of carved stones now totals 159.
In the recent past, Vietnamese archaeologists, social anthropolo­gists, and researchers began to pay attention to these strange rawings. Nobody, however, has found concrete proof of the stones’ origins. The artists behind the drawings still remain anonymous, just as the meaning behind the drawings still remains a mystery.

The current inhabitants of Muong Hoa such as the H’mong, Giay, and Dao have occupied these valleys for only a few centuries, but the stone carvings date further back. According to the Vietnamese Institute of Historical Research, these patterns have existed for at most nine hundred years, originating around the 11th and 12th centuries AD. Goloubew contended that these patterns were the local people’s village map while Vietnamese researcher Vu Ngoc Lien decoded them as the way to record ancient astronomy. Some even argue that the carvings are the primitive handwriting of the ancient Vietnamese. Regarding the scripture on the stones, only one Chinese line has been translated to (in 1490).

Beyond the meaning of the carvings, another element of the mys­tery is the stones themselves. Researchers cannot seem to explain how the unusual positioning of these stones was determined. Sometimes the stones are close to groups of other stones of the same large size, but with no carving patterns. Why some stones were engraved while others were not remains unknown.

What to Eat When Visiting Sapa Ancient Rock Field?

The cuisine of the Northwest area in general and Sapa in particular is extremely unique and eye-catching. The dishes have a harmony of natural ingredients and special recipes of the highland. If you are a gourmet, you can easily appreciate how yummy they are! The outstanding thing is that foods made from simple ingredients such as vegetables, bamboo shoots, mushrooms growing the forests.

However, various dishes here are considered as special and phenomenal foods, namely steamed lean meat, smoked buffalo meat, grilled fish, so and so. A subtle difference between the local dishes and other places’ is that the food here are cooked with a mixture of natural spices growned by ethnic people and taken from the forest. Besides food, tourists have a chance to try out the corn wine, which is considered the soul of people in the highland.

How to Get to Sapa Ancient Rock Field?

Sapa Ancient Stone Field is located in Muong Hoa valley, Hauthao Commune, Sapa District, Lao Cai Province. It is about 8 kilometers from the center to the South-East. You can follow the path in the high mountain to discover the splendid scenery.

Although it has been decades since the stones were first discov­ered, the original questions remain: who created these pecu­liar patterns? Perhaps the secret will always exist, adding one more mystery to cloudy Sapa, the place of many legends. 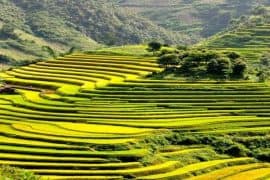 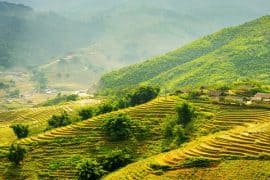 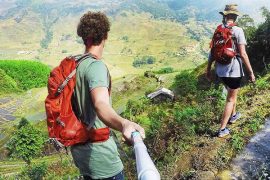 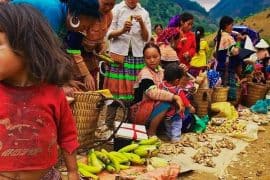 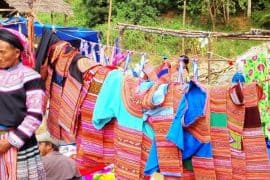 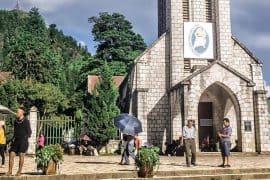 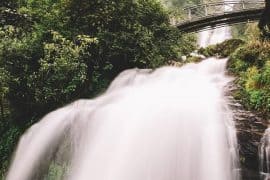 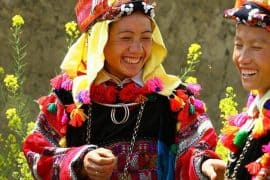 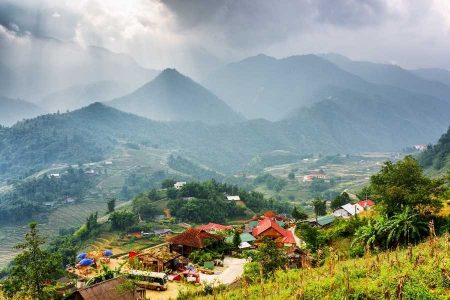 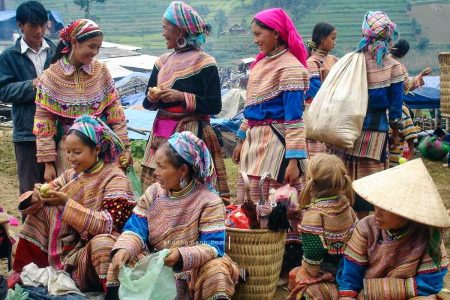 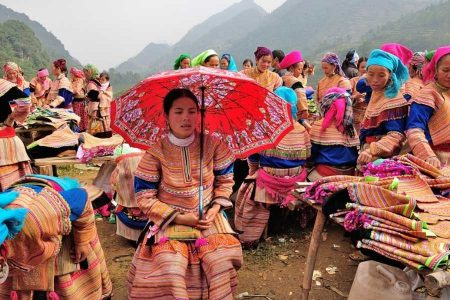 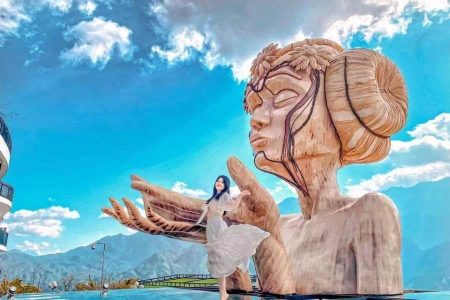 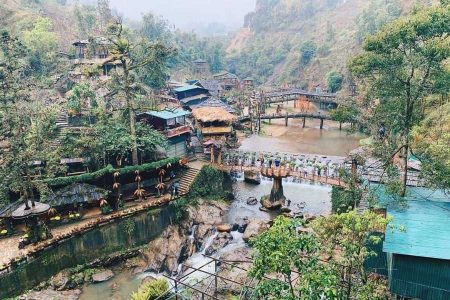 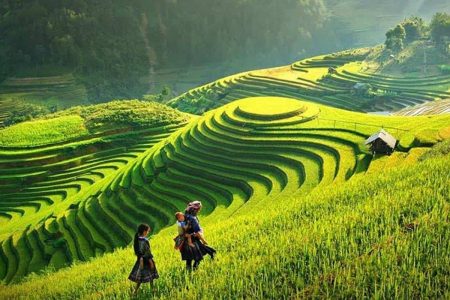 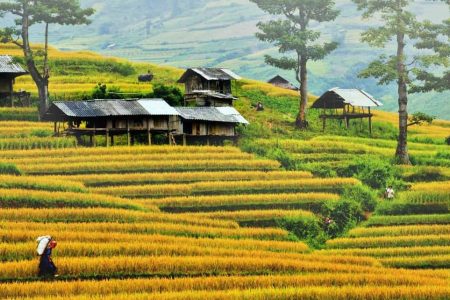 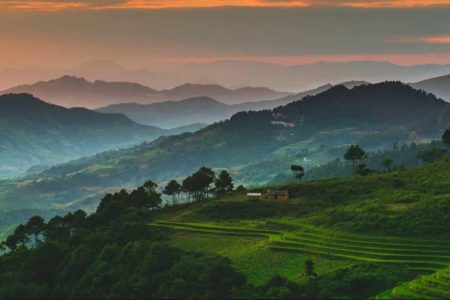